The "dark forest" was already sung about as an impenetrable challenge in the Germanic heroic sagas. In other words, the best conditions for a unique mountain bike adventure.

The varied topography along the ridge of the Ore Mountains offers rapid descents in Germany's first trail centre at Rabenberg and water to the brim along dams, waterfalls and numerous watercourses.

On 162 km and 4,400 metres in altitude, you will experience a great mountain bike adventure in a fascinating landscape with truly warm hosts. 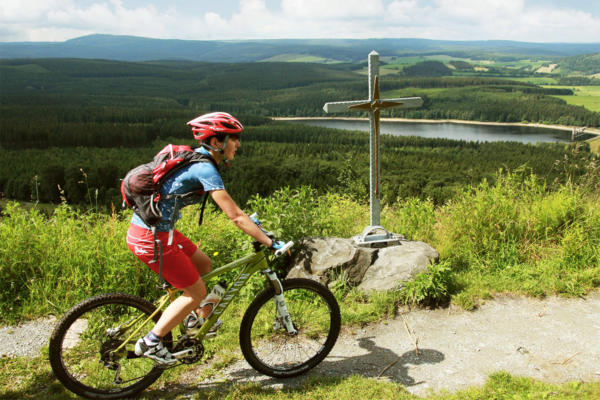 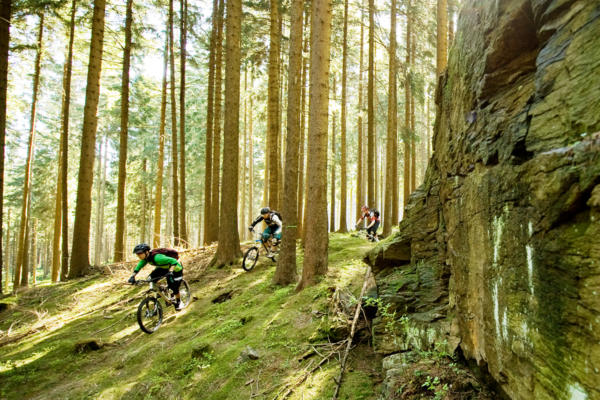 High above the roofs of Oberwiesenthal towers the Fichtelberg ski jump, the centrepiece of the elite winter sports centre. 53 world championship titles, 21 Olympic victories: Eric Frenzel, Jens Weißflog, Sylke Otto and many other competitive athletes from the Ore Mountains have made their way to the top of the world and won victory after victory.

Annaberg-Buchholz, once the mining centre of Europe, is also part of the Stoneman Miriquidi. The rich silver mines helped the region to flourish economically more than 500 years ago. And so it is not surprising that the first minted silver coin from St. Joachimsthal is considered the origin of the dollar.

The Stoneman Miriquidi takes you on a fascinating mountain bike adventure on forest paths, sections of single trails and a few village crossings, where the mining tradition, the legacy of competitive sports and the warm hospitality are tangible everywhere.

The C-Edition takes you to the new checkpoints Sosa and Eibenstock and takes you directly to the Blauenthaler Waterfall. The Sosa reservoir, the Eibenstock reservoir or the natural Eibenstock bathing gardens: feel the powerful water of the region on the Stoneman Miriquidi C-Edition.

Gentle root carpets and flowing single trails: The Rock, Final Flow, Flowing Ten and the Kyril Trail will get your adrenalin pumping. After you have conquered the Auersberg, you are close to the TrailCenter Rabenberg for a second time. A detour to the Boardertrail including the Electric Line is worthwhile before you rush towards the new checkpoint Rittersgrün.

The mother of all pit stops!

Everyone knows them, everyone loves them: The voluntary drinking break in the Bleyl family garden. A bar or a cool Coke, and a few euros in the cash box of trust. The letters on the wood pile testify to boundless gratitude. In Rittersgrün, in the garden of the Bleyl family, there is also punching this year. 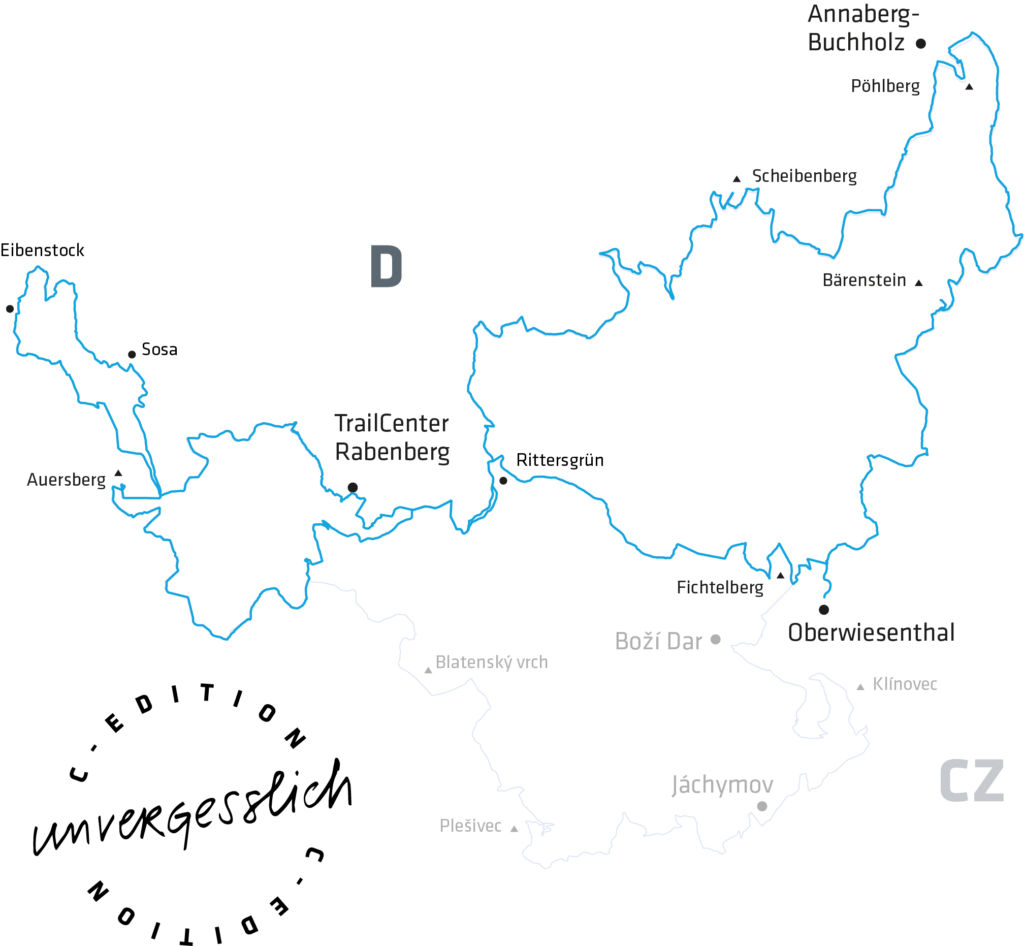 Get your C-Edition starter package » 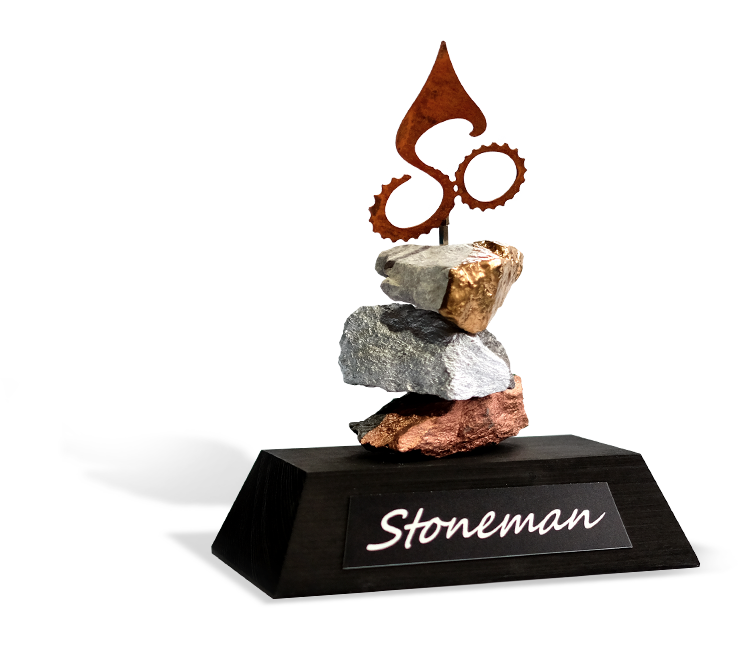 On the C-Edition you will still experience the classic Stoneman in 2021.
This means punching at every checkpoint and the classic starter packs Card and Classic.